You are here: Home1 / Blog2 / Digital Transformation3 / Reimagining Your Business In A Time of Blockchain

As Bitcoin and other cryptocurrencies have been picking up steam, the focus has turned to blockchain – the underlying distributed ledger technology (DLT) that powers these digital currencies.

Blockchain technology is simple to understand at its roots. The tech exists as a shared database filled with entries that must be confirmed by peer-to-peer networks and encrypted.

It’s helpful to envision it as a strongly encrypted and verified shared Google Document, in which each entry in the sheet depends on a logical relationship to all its predecessors, and is agreed upon by everyone in the network.

Blockchain and its characteristics can provide multiple advantages to businesses — whether they’re using a public blockchain network or opting for private or permissioned blockchain-based applications.

While market forces may compel companies to transform themselves, disruptive technologies like blockchain and artificial intelligence provide a powerful catalyst for change. Just as leading organizations integrated the web into the fabric of their businesses during the internet era, modern companies need to adapt with today’s emerging technologies in mind.

Experts identify the following as the top blockchain benefits:

Blockchain creates trust between different entities where trust is either nonexistent or unproven. As a result, these entities are willing to engage in business dealings that involve transactions or data sharing that they may not have otherwise done or would have required an intermediary to do so. The enablement of trust is one of blockchain’s most cited benefits. Its value is evident in early blockchain use cases that facilitated transactions among entities that didn’t have direct relationships yet still had to share data or payments. Bitcoin and cryptocurrencies, in general, are quintessential examples of how blockchain enables trust between participants who don’t know each other.

Blockchain proves its value when there’s no central actor who enables trust. So, in addition to enabling trust when participants lack trust because they’re unknown to each other, blockchain enables sharing of data within an ecosystem of businesses where no single entity is exclusively in charge. The supply chain is a case in point: Multiple businesses — from suppliers and transportation companies to producers, distributors and retailers — want or need information from others in that chain, yet no one is in charge of facilitating all that information sharing. Blockchain, with its decentralized nature, solves that dilemma.

The security of blockchain-enabled systems is another leading benefit of this emerging technology. The enhanced security offered by blockchain stems from how the technology works: Blockchain creates an unalterable record of transactions with end-to-end encryption, which shuts out fraud and unauthorized activity. Additionally, data on the blockchain is stored across a network of computers, making it nearly impossible to hack (unlike conventional computer systems that store data together on servers). Furthermore, blockchain can address privacy concerns better than traditional computer systems by anonymizing data and requiring permissions to limit access.

Blockchain’s nature also can cut costs for organizations. It creates efficiencies in processing transactions. It also reduces manual tasks such as aggregating and amending data, as well as easing reporting and auditing processes. Experts pointed to the savings that financial institutions see when using blockchain, explaining that blockchain’s ability to streamline clearing and settlement translates directly into process cost savings. More broadly, blockchain helps businesses cut costs by eliminating middlemen — vendors and third-party providers — that have traditionally provided the processing that blockchain can do.

By eliminating intermediaries, as well as replacing remaining manual processes in transactions, blockchain can handle transactions significantly faster than conventional methods. In some cases, blockchain can handle a transaction in seconds or less. However, times can vary; how quickly a blockchain-based system can process transactions depends on multiple factors, such as how large each block of data is and network traffic. Still, experts have concluded that blockchain typically beats other processes and technologies in terms of speed. In one of the most prominent applications of blockchain, Walmart used the technology to trace the source of sliced mangoes in seconds — a process that had previously taken seven days.

Other benefits include Visibility, Immutability, Individual control of data and innovation.

As organisations start to reimagine their futures, they have the opportunity to explore ways blockchain technology can drive growth. 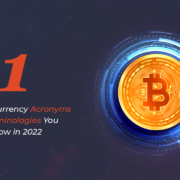 11 Cryptocurrency Acronyms and Terminologies You Must Know in 2022 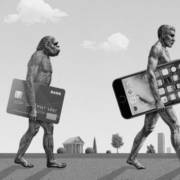 How Crypto Currency Has Changed the Landscape of Technology Globally 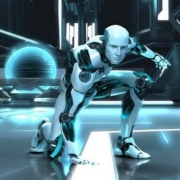 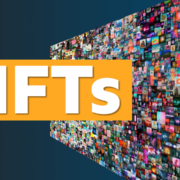 10 Things You Need to Know About NFTs

10 Things You Need to Know About NFTs

10 Most Powerful Business Technologies You Must Use to Stay Relevant By 203... Scroll to top